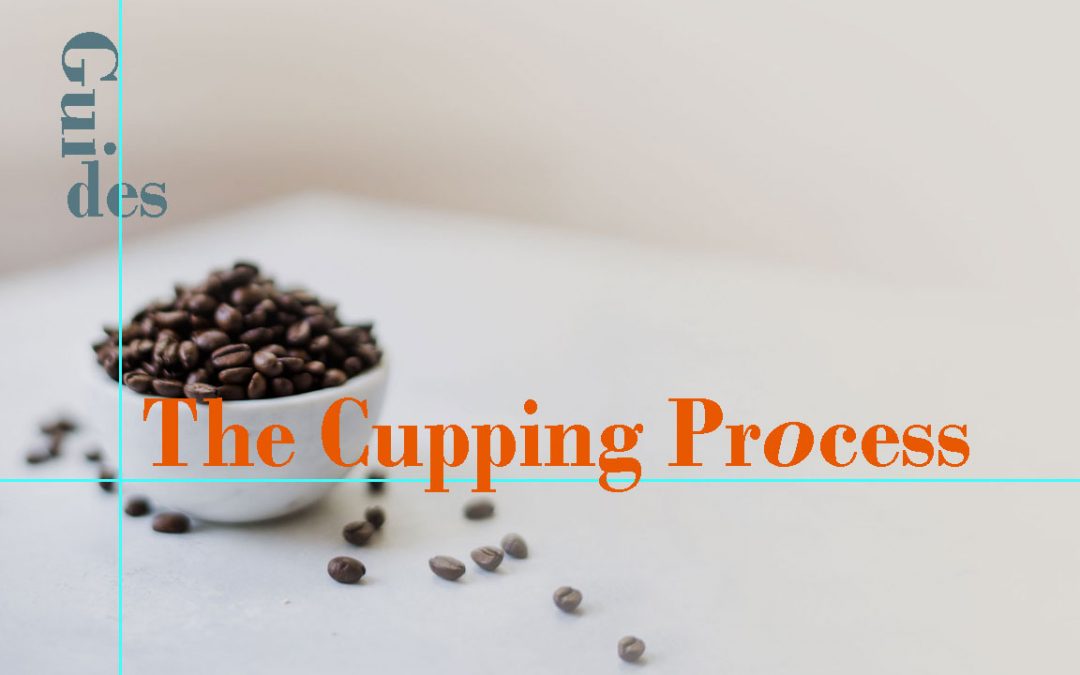 The cupping process is the method by which professionals–bean buyers, roasters, and others–use to taste their coffee.

Bean buyers will use this method to assure that the lots have no defect, whether in the growing process, the milling process, or shipping. Roasters use this to quality-control how the roast has come out, and to fine-tune the process.

The strength of this is that it’s consistent and repeatable, and in that way, able to be compared to different samples. A secondary advantage is that it’s a direct brew, with no other factors, such as filter or brewing type, to get in the way.

This is something that anyone can do in their own homes, and we highly recommend trying it, as it’s one of the most interesting ways to see coffee.

Coffee is brewed at somewhere near a 1:17 part ration: one part ground coffee, to seventeen parts water. You may vary this to your taste using more or less of a percent of water. But the strength of the cupping process is the consistency. This is what enables you to compare sample to sample. So, find a ratio that works for you, and repeat this every time.

The glass or cup is not important, but it is important to use a good kitchen scale. Anything can be used as long as it follows that decided ratio. That being said, a consistent glass type is very beneficial when tasting multiple samples at the same time. Once you’ve figured out how far to fill a glass to achieve that weight ratio, now you can move quickly from glass to glass without having to measure each one.

The sampling is done at four-minute increments, savoring the process at various points: the grounds in the glass, after first pouring the water, the first four minutes after that, and two more increments of four minutes. Fascinatingly, coffee will change over time, and I confess I tend to like mine better at about eight minutes, as the flavors seem to express differently at that point.

The coffee grounds should be coarse, as in French Press. See this picture for some reference. Also, consistent grind size is critical if you’re going to achieve a superior cup of coffee. Otherwise, some grinds will extract too fast, and some too slow, resulting in an introduction of bitterness in the first case, and thinness in the latter case. See this link for a highly recommended, and inexpensive grinder.

Place the grounds in the glass/cup in that ratio: In my example, I use 10 grams of coffee to 170 grams of water, measured by a kitchen scale. Once you’ve  gotten the reference of how high up your cup the water comes, you’ll be able to move quickly from cup to cup without the scale. (Note, however: If you’re using a glass, as I do in the example, you may want to pre-heat a bit first. I’ve cracked a glass by pouring boiling water directly on top quickly.)  Savor the smells of the grounds before you add the water.

Add water, as above, at a temperature that’s about a minute off boil–200º. Start the timer. I tend to start mine at 12 minutes, and then simply taste every four, to keep from having to reset the timer right at the moment you’re about to taste.

After four minutes, push aside the grounds (break the crust) and discard. Taste the brew, and make some notes, either mentally or even on paper. This SCAA resource will help to guide you as to what flavors you might taste.