Our Origin: the Rewired Bread Machine 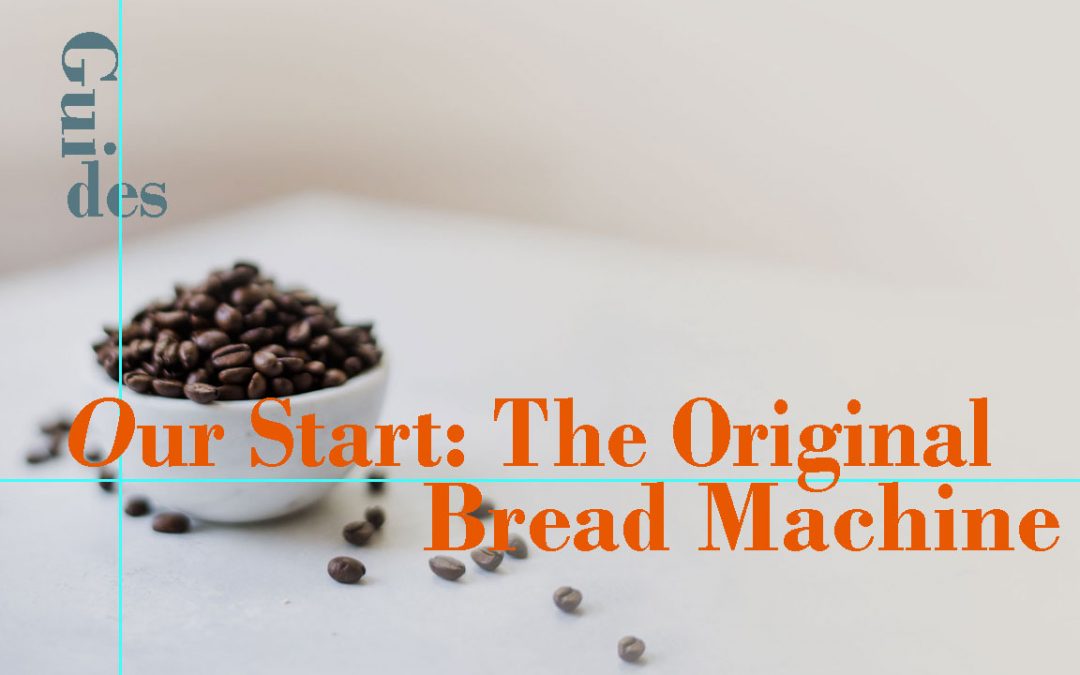 How it All Began:

This delightful little (ok, long) video shows you our early history. Before we moved into professional roasting, we’d been roasting for five years — on a rewired bread machine. The story itself is fascinating. And surprisingly, we’d come to surpass the local, large coffee store in the flavors we were producing..

For Those Who Love a Good Story:

Several years earlier, I had begun to explore the tastes of quality coffee. I had purchased some expresso equipment, with grinder. There was only one place in town that I was aware of that roasted coffee, so lumbered on down to the store and ordered some. After that bag was done, I searched online, buying a second bag in that manner. Around that time, I’d begun to read about home roasting of green beans, and thought, hey, why not? I’d looked into the concept, and discovered several different methods.

At the same time, I kept stumbling over an old Sunbeam bread machine in the garage that, for some reason, I never saw fit to put in the trash. (I had long learned to make exquisite bread by hand, but that’s a different story.) For the bread machine, am just always reluctant to throw out perfectly good, working stuff.

And so the flash hit me to repurpose the machine for this, having seen something similar online. And so, in the house it came, and carefully, I took it apart.

The challenge in this was to make the agitator in the bottom to spin constantly. In the former machine, these spin for awhile for the kneading process, and then stop. But the beans couldn’t stop, or the heating element would scorch them. The touchpad and program had to go, and find replacement with two additional switches: one to turn the spinner on and off, and one to control the heat. Take a look at the Gallery pictures below: 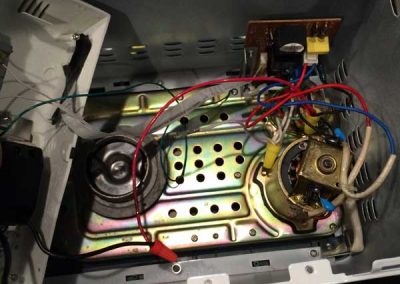 The Inside of the Bread Machine

This was the first look, opened up and analyzed. The motor was an odd voltage, and clearly everything was being managed through the circuit board, including the spin and heat cycles. 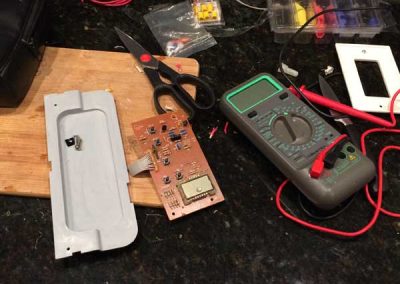 The Circuit Board is Out

Believe it or not, I meticulously tried to trace the circuits on the back side of the circuit board. I could see where the motor wires plugged in, but simply could not follow it all the way through. 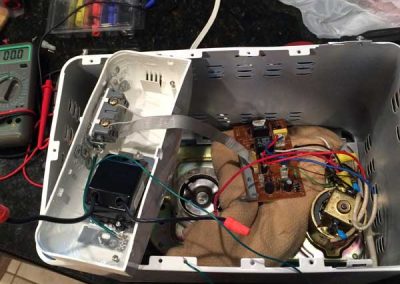 After an hour or more of trying unsuccessfully to follow the board, I simply tried touching wire pairs together. Having found which wires control the motor and heating element, I’m now wiring it to the switches. 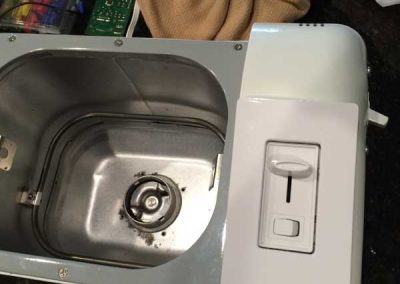 The project is done, and ready for test. The variable switch on the top controls the heating element, and the switch to the right turns the beater on and off.

As you can see from the picture captions, the challenges were to figure the on/off of the circuit board. Yes, I pulled the circuit board out, and started tracing wires. Ultimately I did this by touching wires until one of the combinations caused the motor to spin; and there was no alternative. There was some goofy voltage to the motor, and it had to go through the circuit board.

So, with switch installed on the right to control it, and one in place of the panel to control heat, it was ready to be put together. In the end, controlling the temperature down wasn’t the issue; it actually needed full heat — and later, I actually supplemented it with a heat gun, as I discovered the roasts needed to be much shorter in duration.

Surely, once you have a fully functional project, you just have to try it, regardless of the hour. And so I threw in some beans. OK, as you might see, 2:30 AM isn’t the best time to start such a thing, but so it often goes with a project. Ha!

As you can see from the videos, there were just a few errors in this process. One was the realization that the end process begins to accelerate, blowing well past what my goals were. And another was misinterpreting the desired end temperature. This ended up at Italian Roast and beyond. No, it was not drinkable.

Oh, and doing it inside filled the house with chaff.

As you can see from the videos, the machine itself was a success. In a short time, I was roasting beans, and drinking coffee, superior to my neighborhood’s coffee shop.

BUT, this was the first, and there were some humorous mistakes, the most principal of them being the discovery of how quicky the process goes after first crack. Mere seconds separates each of the roast levels. I was waiting for first crack (an indication that the roast phase has begun) and never heard it. Second crack was the only one that I heard. That, along with the fact that I’d misinterpreted my target end temperature, had this one go WAY past where it needed to go. In fact, all the way up to, and PAST Italian Roast. The roast went well, but the coffee was undrinkable. Ha.

Take a look at the pictures below for the aftermath. 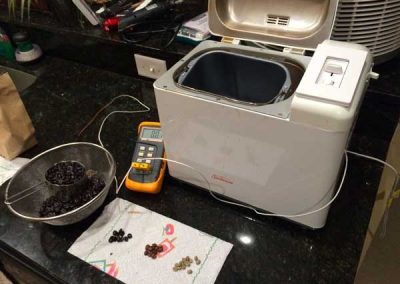 The first roast is done. You can see some comparison, from green, to purchased, to this roast. They came wonderfully consistent, though I way overshot my temperature mark. 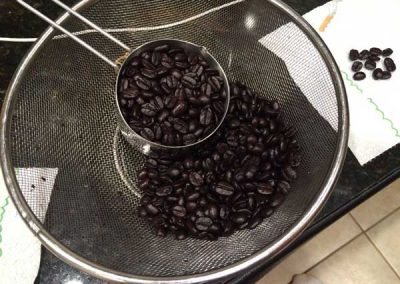 It began the learning curve, and in a short time, I was closer to hitting targets, and surpassing the tastes of the local coffee shop. I was on to something! 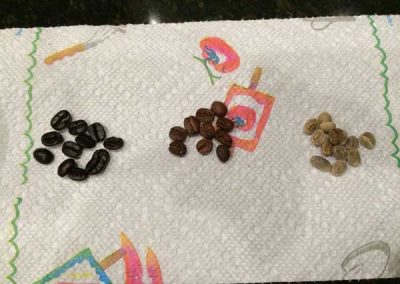 The beans on the right are the starting greens. The middle ones, for comparison, are ones that I bought online, roasted. The ones on the left were this roast. Much darker than I’d needed, but this was the first roast.

The concept was more than fun: It proved that home roasting was viable as well as fun. And after a couple of years of my learning more about roasting, I tweaked the process for even more success, adding a heat gun (in addition to the element) to craft a shorter (read, more correct) roast time, as well as to add a necessary measure of heat to first crack.

When this surpassed the coffee I could purchase locally, I knew I was on to something, and made the decision to purchase a professional roaster — and to share this with you.

Thanks for hanging with us for this journey.